Written by David Flint on 20 November 2018. Posted in EGP Voices 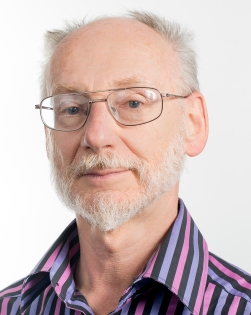 Last week we were asked to look at 'How to Make Your Home More Environmentally Friendly' on the Stanmore Contractors website. We were promised:

“plenty of valuable information such as:

Frankly I was expecting puffery and special pleading. I was pleasantly surprised.

The site gives a simple and accurate account of climate change. It mentions sea level rise, Arctic ice, droughts and heatwaves and notes that “hundreds of coastal towns, cities and islands around the world [are] at risk of being underwater within the next century.” And it’s uncompromising about human responsibility for this, referring to both fossil fuels and population increases. That last point is better than some environmentalists I could mention!

So what are we to do? There are lots of suggestions, all sensible though some rather minor, and home insulation, part opf Stanmore’s business, is not given excessive space. It does mention the need to eat less meat but not the need to fly much less.

But there’s a problem – really three problems. First the site does not say that climate change is a crisis that threatens many lives. The death toll from the Paradise fire is still rising as I write and 993 people are missing. That’s in a rich country but most of the death and damage will be in poor countries with much worse services.

Second it does not say that we are on track for catastrophe:

Third the advice implies, by omission, that we can address climate change by relatively minor lifestyle changes and some green shopping. And that’s nonsense. Of course it doesn’t say that and the author probably knows better but there it is.

Avoiding a climate breakdown requires immediate, vigorous action by every government. It requires major investments by businesses in every sector. And it requires all of us to accept change we really won’t like.

Perhaps I'm asking too much. Stanmore is a business, not a political party or a Green lobby. And the advice from environmental NGOs often falls into the same trap.

Yet it adds to the sense that avoiding catastrophic climate change will be easy. It won’t.