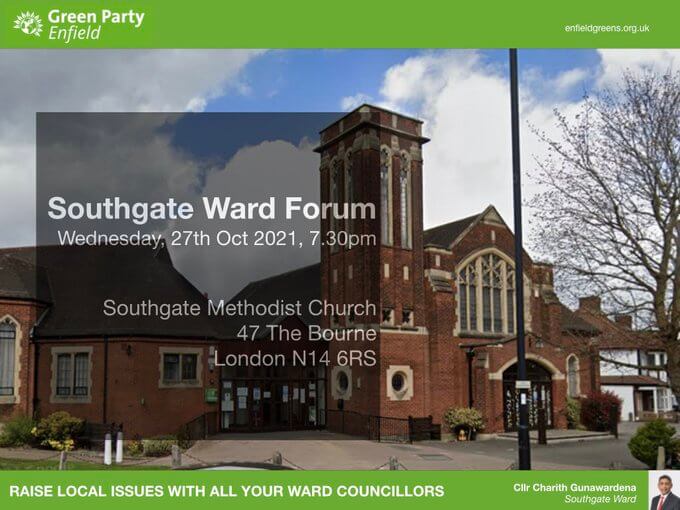 Hear updates on local issues and have your say. 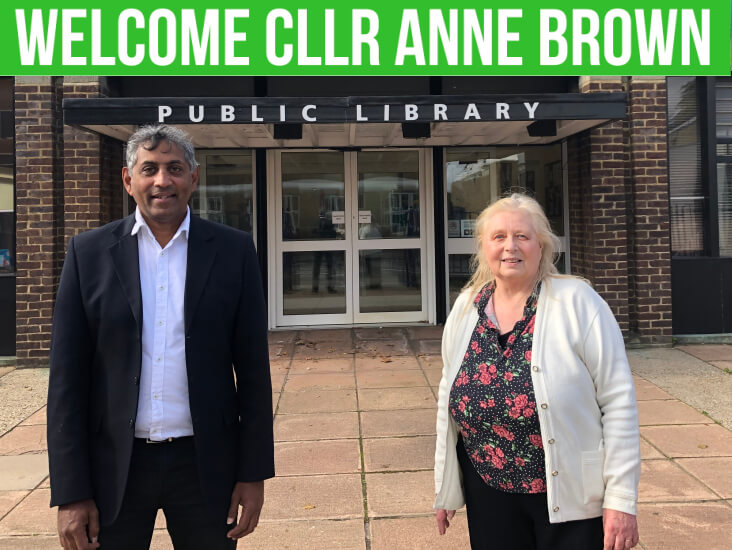 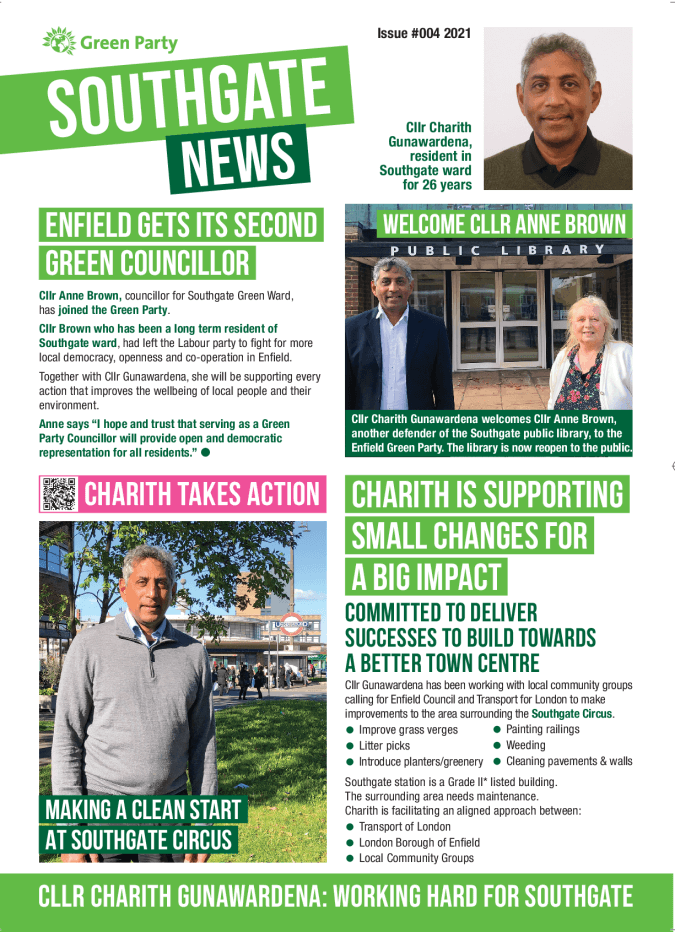 Councillor Charith Gunawardena and Enfield Green Party are conducting a survey of local residents' views to help us find solutions to the problem of Southgate traffic congestion. Please help us by downloading the survey and filling it in (it should take about a minute).

Lend a hand at our monthly litter picks

Enfield Greens have a long-term goal of improving the area around the tube station. We're planning to have a series of litter picks on the following dates:

Please come and join us!

The Green Party website has complete information about the Party's policies on a comprehensive range of subjects.

The Green Party is the only party who believe that every person, in this and future generations, should be entitled to basic material security as of right. For people who fall on hard times, we believe the right to rent = people facing difficulties...

Buildings last a long time. Many of us live in houses built well over 100 years ago. Many public buildings – eg schools, libraries, railway stations – have also existed for many decades. When we build today we are building for the future; so we...

Environment at the heart of Green policies

Enfield Green Party has been  surveying residents to find out what you think of local services. We know litter, fly-tipping and waste collections are a priority. We will improve waste services to make it easier for people to recycle, particularly in flats and...

Read more: Environment at the heart of...

RT @CarolineRussell: Great stuff from @ageuklondon. Public toilets are so important to enable people to get out and about and live their li…

RT @GretaThunberg: "...his delegation wanted to go to Glasgow and convince the world that people were wrong about Brazil - it even said it…

RT @natalieben: Very frustrated government seems to think public can only deal with one #Covid19 message. Yes, vaccination is absolutely…

RT @TheGreenParty: 💬 " #Sleaze goes deep within the system... we need to change the way our democracy operates to root it out." 🎙️ @carla_d…

RT @5050Parliament: 👏Huge thanks to co-leader of @TheGreenParty @carla_denyer for her support for #AskHerToStand Day on Sunday! 📢"When wome…

RT @JujuliaGrace: "Mask-wearing is the single most effective public health measure at tackling Covid, reducing incidence by 53%, the first…

RT @natalieben: A shocking 92% of retail workers have been verbally absued. 14% have been assaulted. Employers need to do more to ensure w…

RT @GreenPartyMolly: UK used its presidency of #COP26 to outsource #ClimateAction to the private sector 🤑And to tout for business for The…
Follow Enfield Green Party on Twitter