Enfield gets its first Green councillor 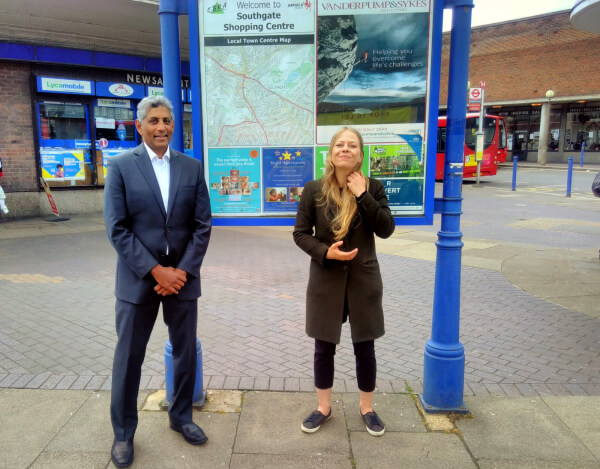 Southgate councillor Charith Gunawardena has this week resigned from Labour and joined the Green Party, meaning that for for the first time the Greens have a representative on Enfield Council.

In his resignation statement Councillor Gunawardena cited his passion to deliver a greener future for Southgate and a commitment to stay true to the promises he gave during his election campaign, reaffirming his promise to work hard for the residents of Southgate.

Joining the Green Party will allow him to continue his fight for transparency over the proposed Meridian Water Regeneration scheme - one of the largest regeneration projects in Europe that will deliver up to 10,000 new homes in the area.

In his resignation statement, Councillor Gunawardena reiterated his desire to work with his former colleagues in ensuring proper scrutiny of the plans:

"Under these challenging circumstances, there is an urgent need for an inclusive political culture supporting open, honest and transparent policy discussions to reach solutions that benefit residents across the borough.

“As a member of the Green Party, I will be better placed to scrutinise and challenge decisions that will have a lasting environmental and social impact in the borough for decades to come, and defend processes essential for preserving strong local democracy.”

"I am thrilled to have Charith join our growing team of councillors across the country and in London. Greens across our city will benefit from his experience and enthusiasm, and we will support his efforts to win greater transparency in major developments and council scrutiny across all issues affecting our citizens."

Enfield Green Party joint coordinator Isobel Whittaker said, “Charith is a great Ambassador for our community and we are looking forward to working closely with him for the benefit of Enfield. We have been immensely impressed by his grasp of the issues and ability to communicate with and involve local people."

When asked why he had chosen to join the Green Party, Cllr Gunawardena said:

"I have been so impressed by the work of Sian Berry and Caroline Russell on the London Assembly - especially in relation to their work in housing - and their ability to work cross party to deliver a stronger, greener London."

Councillor Gunawardena joins a growing band of Greens in local government. The party won an additional 99 seats across the country in the elections on 6 May and achieved their best result in London, with the biggest ever Green vote and an increase in the number of Green Assembly Members.

Championing Wellbeing of People & Environment: If not now, when?